[dropcap]A[/dropcap]n innovative state program is making it easier for Iowans to stretch their charitable dollars. Through the Endow Iowa Program, you can receive a 25 percent state tax credit for a donation to a permanently endowed fund at a qualified community foundation. For example, if you’re in the 35 percent tax bracket and give $10,000, the donation will cost you just $4,000 after the state tax credit and federal tax deductions. The program is a win-win: You get a tax break, and your gift, through the endowment, benefits your community forever.

Created by the Iowa Legislature in 2003 and administered by the Iowa Economic Development Authority, the program provides for about $4.5 million in tax credits each year (available on a first-come, first-served basis), says Angela Dethlefs-Trettin, former executive director of the Iowa Council of Foundations (ICF) who joined the Community Foundation of Greater Des Moines in September. Individuals, businesses and financial institutions can apply for the credits.

Since moving back to their hometown of Mt. Ayr in 1996, Dr. Bruce and Michell Ricker have been inspired by how endowments, held at the South Central Community Foundation, have helped transform their community. The funds have, for example, supported the renovation of the town’s historic Princess Theater and the construction of a teen center. Such successes motivated the Rickers to establish their own endowment at the South Central Community Foundation as a way to give back to the community they love, with the Endow Iowa Tax Credit providing a major incentive, Michell Ricker says. “The Endow Iowa Tax Credit inspired us to give more, as we would get even more ‘bang for our buck,’ ” she says.

Similarly, the tax credit has prompted donors throughout the state to establish or give to endowed funds; since the Endow Iowa Program began, it has generated more than $100 million in donations to Iowa’s 130 community foundations, Dethlefs-Trettin says. What’s more, the program has served as a model for other states. The Kentucky Legislature passed a similar tax credit in 2010, and a related bill has been introduced in the Minnesota Legislature. The ICF also has launched conversations with donors, community foundations, legislators and leaders in Illinois, Maryland, Utah and Indiana—all of which, according to Dethlefs-Trettin, show interest in starting such a program. As she proudly notes, “Endow Iowa continues to be the most coveted philanthropic program in the nation.” 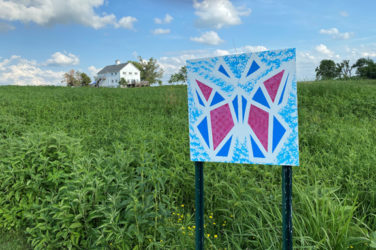 Pollinators, like this butterfly, are scattered throughout a 9-acre prairie near Orient. Photo: Wallace ... 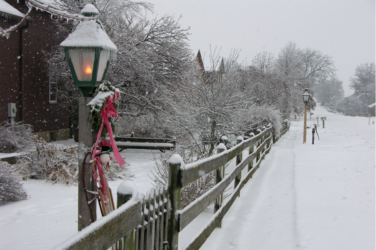 New Attractions At The Amana Colonies

One of Iowa’s top tourist attractions, the Amana Colonies are particularly picturesque during the ...