[dropcap]I[/dropcap]t’s a story most Iowans have heard: Young people are abandoning farms for the big promises of urban living. Today, that story includes some surprising new plot twists. A growing number of Iowans in their 20s and early 30s are deciding they’d rather tend crops than sit in corporate cubicles.

At Iowa State University (ISU), enrollment in the College of Agriculture jumped 46 percent from 2005 to 2011. As of this magazine’s press deadline, fall 2012 enrollment was expected to surpass the record of 3,623 set in 1977.

What’s driving the resurgence? A boom in farm income and land values, says Michael Duffy, a professor of economics at Iowa State and the director of ISU’s Beginning Farmer Center. Starting in 2006, worldwide demand for corn and soybeans shot up, resulting in a boost in farm income. Income determines the value of agricultural land, and, over the last few years, “land prices have exploded,” says Duffy, who conducts ISU’s annual land value survey. In 2011 alone, the price of Iowa farmland jumped 32.2 percent to $6,708 per acre—a record high even when adjusted for inflation.

“The last time there was a boom was in the 1970s,” Duffy says. During that decade, he says, “the percentage of farmers under age 35 increased for four or five years, the only time that’s happened since the beginning of the (20th) century. By 2007, only 7 percent of farmers were under the age of 35.”

Of course, the drought of the summer of 2012 altered the story line, because it produced what Duffy calls “a squirrelly market.” However, the weather probably won’t dry up enthusiasm for farming, at least in the short term, he adds.

One reason is because, for some, farming is a “lifestyle choice” as much as a monetary one, Duffy says. Across the country as well as in Iowa, “the whole issue of food safety has regenerated an interest in agriculture,” even among those with non-farming backgrounds, he says. First lady Michelle Obama’s garden on the White House lawn, he notes, is “very symbolic … of how people want a little more control” of their food supply and choices.

The rising interest in farming careers among young people doesn’t mean that Iowa will suddenly revert back to a time when bucolic family farms—the type immortalized in regional landscape paintings and films like “State Fair”—dominated the industry. For the past several decades, as farmland ownership has become more dispersed and management more concentrated, the average size of farms has steadily enlarged. “When I moved to Iowa in 1983, 1,000 acres was considered a big farm. Now a big farm is 10,000 to 15,000 acres,” Duffy observes.

This super-sizing trend makes it harder for young people to establish their own farms, Duffy says. Plus, the high land values drawing a younger generation back to farms also make buying that land nearly impossible.

Given those challenges, some beginning farmers are deciding to return to the family farm. However, in order for that arrangement to work, the farm needs to generate enough income to support the parents, the adult child who’s returning and perhaps in the future that child’s spouse and kids.

Unlike most other enterprises, a farm is not only a business but also a residence and a place of longstanding traditions. A critical component for lasting success, Duffy says, is making a clear, agreeable succession plan so the farm can be smoothly transferred from one generation to the next. The goal of such a plan, Duffy says, is to ensure that “all siblings are treated the way [the parents] want them to be treated, and also so that the business continues.”

For young farmers who don’t have the option to return to an existing operation, the Beginning Farmer Center developed a program where “we try to match them with a retiring person who doesn’t have an heir,” Duffy says. Though the center has “been successful in moving some matches forward,” he estimates there are some 400 beginning farmers seeking matches from a pool of only about 20 retirees. And of all the farmland sales in 2011, only 3 percent were to new farmers, according to ISU’s 2011 Farmland Value Survey. “Farmers don’t buy land to sell it,” he says. “Farmers buy land to own it, and as long as they can afford it, they will keep it.”

Because entering the agricultural world is such a challenge, Duffy’s mantra for prospective farmers is, “Take your time and go slowly. Patience is key.” Despite the difficulties involved, he emphasizes that the burgeoning interest in farming ultimately benefits the entire state. “We need to be proud of farming in a way that makes Iowa a place someone wants to come to, not stay away from,” he says, noting that about 90 percent of the state’s surface area is farmland. “Whether people want to (acknowledge) it or not, in Iowa, we are agriculture.”

At this very moment, you’re drinking a flavored latte, or maybe a simple cup ... 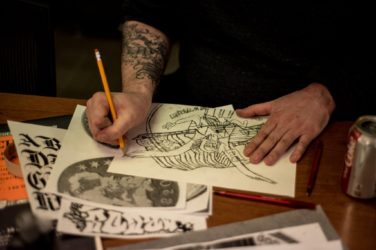