Detail of a flag covered in sequins and beads at the Waterloo Center for the Arts, created by Haitian artist Myrlande Constant.

When the staff at the Waterloo Center for the Arts unpacked a donation a few years ago, they could hardly believe what they saw: more than 100 banners from Haiti, glittering with hand-sewn beads. They were patterned after traditional flags used to conjure voodoo spirits during fire-lit ceremonies.

The museum team filled a gallery with their favorites for a 2017 show that fulfilled curator Chawne Paige’s vision to “encrust that whole space with beads and sequins.”

But those banner-stuffed suitcases weren’t the first bundles of Haitian art to arrive in Iowa. Since the 1960s, sunburnt Iowans have returned from trips to the Caribbean country with all sorts of textiles, paintings and sculptures. Over time, they donated so much to their local museums that the Waterloo Center for the Arts and Davenport’s Figge Art Center now house two of the largest Haitian art collections in the world.

What really put those museums on the map was research. When the first Haitian-art donations landed at the Figge in the 1960s and at the Waterloo Center for the Arts in the 1970s, curators realized they didn’t know very much about Haitian art or artists. So they made a concerted effort to learn more. They applied for research grants. They visited Port-au-Prince and Miami. They reached out to dealers, collectors and academics.

“The passion spread to other people in the community,” says Andrew Wallace, the Figge’s director of collections and exhibitions. “So today, Iowa has two of the earliest and most important collections of Haitian art in the country.”

In 2003, Iowans helped form the Haitian Art Society to develop that legacy further. The group has held conferences in Miami, Montreal, New Orleans, Paris and other Haitian-art hot spots, including trips to eastern Iowa in 2008 and 2017.

It’s important to remember that Haitian art is as diverse as the people who make it. The jungled country is just two-fifths the size of Iowa but has almost four times as many people, who have weathered all sorts of natural and political storms. Most historians believe that Haiti’s 1804 revolution was the only successful slave revolt in history, but the country has faced many challenges in the years since, including corruption, disease and a catastrophic earthquake in 2010.

Haiti’s poverty has forced—or inspired—the country’s artists to “bring beauty out of the most mundane materials,” says David Schmitz, who used to direct the Dubuque Museum of Art (now runs the Iowa Arts Council), which in 2017 hosted a major traveling exhibit of Haitian art on loan from the Waterloo Center for the Arts.

Some Haitian artists chisel animals out of oil drums or fashion elaborate shrines out of discarded toys. Others sculpt figures out of junkyard scraps.

“Using what’s around you isn’t unique to Haitian artists, but they are models of resourcefulness,” Schmitz says. “And since the earthquake, they’re moving in some interesting new directions—larger and more complex. Some of those wonderful folk-art traditions are opening up to a much greater variety of styles and materials.”

These symbolic flags, each made with sequins and beads, are from the Waterloo Center’s collection. The top two were created by Lionel St. Eloi; both are about 3 feet wide. The lower flag, by Roudy Azor, is 40 inches wide.

Artists are exploring a range of subjects, too. Haiti’s tangle of African, French and Creole roots has created fertile ground for artistic and often spiritual expression. Many artworks blur the boundary between the physical and spiritual realms.

“It’s gorgeous, deep, rich stuff,” says the Figge’s Wallace. “As I live with the collection here at the museum, I appreciate it more every day and continue to discover fascinating and wonderful elements.”

In Waterloo, curator Paige points out several paintings of voodoo spirits (known as “loas”) and the symbols (“veves”) used to summon them. Vertical figures, such as trees, often represent conduits between spiritual realms above and below.

As Paige puts it, if you asked Haitian artists if an artwork was realistic or symbolic or spiritual, “they’d probably say, ‘Well, yeah. It’s all of that.’”

This article was provided by the Iowa Culture Wire, a service of the Iowa Department of Cultural Affairs.

See excellent examples of Haitian art at the Figge Art Museum in Davenport and the Waterloo Center for the Arts, and check out the Waterloo-based Haitian Art Society on Facebook or at haitianartsociety.org.

Also, at Grinnell College, assistant professor Alfredo Rivera recently won a National Endowment for the Humanities grant for a project called “Haitian Art: A Digital Crossroads” to develop a digital catalog of Haitian art at the Waterloo Center for the Arts. It “really marks Iowa as a central place for thinking about Haitian art,” Rivera says. 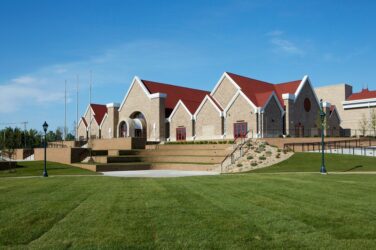 It looks like folks in Coon Rapids have borrowed the “yes, and …” approach from improv ... 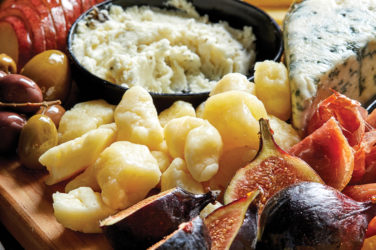 Sample the savory creations made by Iowa's best cheesemakers.