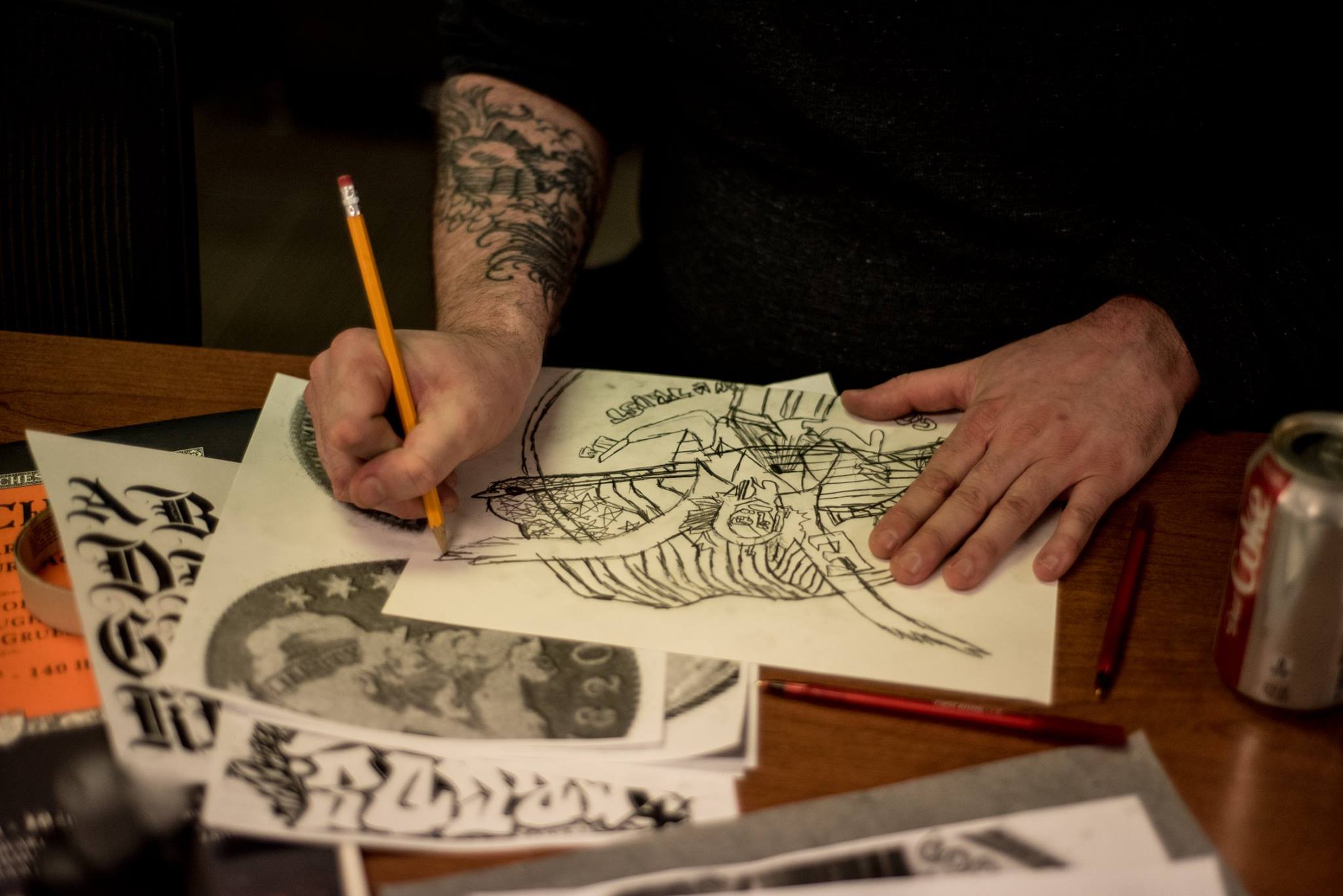 About 20 years ago, one of Troy Muller’s art students at Iowa Western Community College in Council Bluffs drew a scene from the World War II miniseries “Band of Brothers.” When Muller encouraged the student to draw a memory from his own experience in Vietnam, the student initially declined.

But when he eventually took up the challenge and created a charcoal drawing he called “The Incident,” he finally found closure to 30-some years of post-traumatic stress. He said it never gave him another nightmare.

“Art can access parts of the brain that language can’t reach,” Muller said. “It’s a great way for veterans to express things creatively.”

Inspired by his student’s breakthrough, Muller started a series of art workshops for veterans and their families in 2004. Since then he’s expanded the Vet-X-Press program through partnerships with colleges, universities, homeless shelters and veterans’ services organizations across western Iowa and eastern Nebraska.

Participants are encouraged to express themselves through drawing, painting, writing, music and even theater. For some, the experience filled a hole they’d previously tried to fill with drugs or alcohol.

“At least five have told me that art saved their life,” Muller said.

Muller directs the New Century Art Guild in Kimballton and Elk Horn, which recently received an Iowa Arts Council grant for a veterans’ exhibition called “Walls of Honor.” Their next veterans’ art show will be on display on Nov. 26, during the annual Julefest in Elk Horn.

Borrowed, downloaded or straight off the shelf—however you currently read (or listen to) books, ...

On the Road With Opera Iowa