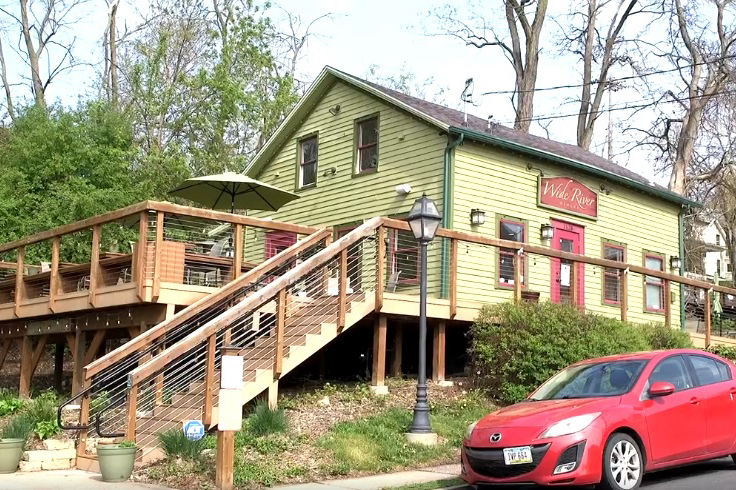 Get a tour of the Peter Lampe House, now the Wide River Winery, in this video.

Raise a glass to the Wide River Winery: Its tasting room in Davenport won an award this month for historic preservation.

The little green building perches on a hill in the Village of East Davenport, a nationally designated historic district that started as a working-class neighborhood on the Mississippi River. The house was built in the 1850s and became a boarding house in the late 1800s, after the railroad came through. It passed from one owner to the next over the next century until the Clinton-based winery owners, Dorothy O’Brien and Charlie Pelton, turned the house into a good spot to enjoy a glass of wine and watch the world go by.

The transformation made use of State Historic Preservation Tax Credits, which enabled the owners to make various improvements. “New stairs, new walls, new electricity, new plumbing – we did it all,” O’Brien says. They added a new deck and patio, too, all while staying true to the house’s historic character.

She delights in the fact that it “used to provide food, drinks and a place to rest for the railroad travelers,” she says. “And so here we are a few years later, providing food, drinks and a little vacation getaway, even if it’s only for an afternoon.”

The tasting room, formerly known as the Peter Lampe House, was one of 11 properties across the state that won awards during the recent Preserve Iowa Summit, presented annually by the State Historic Preservation Office. Next year’s conference is set for June 16-18, 2022, in Mason City. 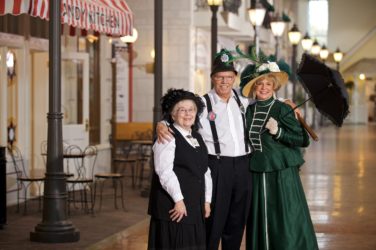 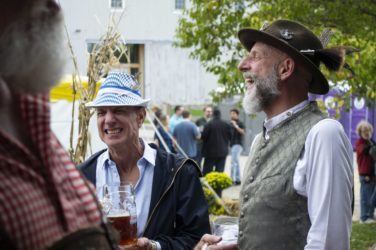 The Amana Colonies canceled its annual Oktoberfest celebration, but it is holding smaller and ... 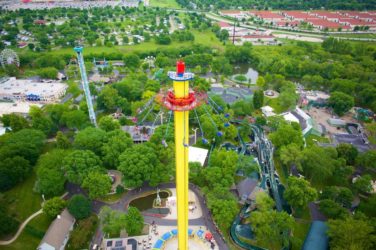 Iowa Oktoberfest Celebrations Are On Tap

Adventureland Park in Altoona will host an Oktoberfest next weekend for those 21 and ...