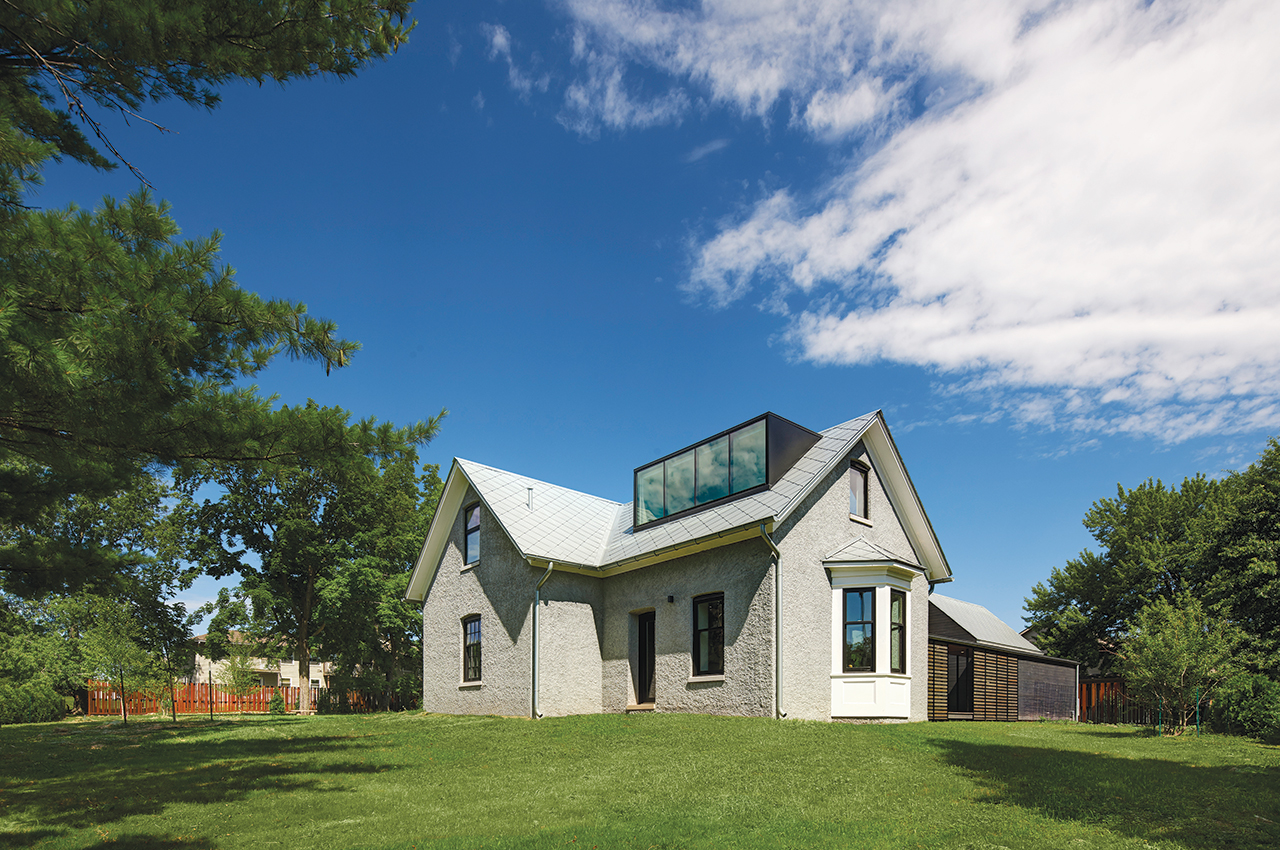 Covered in walnut trees and creeping vines, with a ceiling that was near to caving in, the Iowa City farmhouse on Foster Road appeared to be a lost cause. But Bobby Jett took one look at the house, tucked into a walnut grove, and had a vision.

“My dream was to return the house to its original footprint—exactly as it was when it was built,” says Jett, a photographer, gardener and baker who manages rental properties in Iowa City.

Constructed the same year Iowa City was incorporated—1853—the so-called Stonewall Acre farm was built with locally made red brick on 120 acres. Taking its name from the stone wall that enclosed the acreage, it came to be the longtime homestead of Norwood Louis and his wife, Betty.

By the time Jett discovered the house, it hadn’t been occupied for years. “The exterior is covered in stucco, which is the only reason it survived for me,” Jett says. He shared his vision for the farmhouse with Tim Schroeder, president of Neumann Monson architectural firm, who agreed to come out and take a look.

“It was this strange home, wrapped in overgrowth, with several additions on it,” Schroeder says of his first impression. “We decided to look past all of that and agreed to help restore it.”

Then for nearly two years, Jett and Schroeder, along with a team from Neumann Monson and contractor Smith and Wood Construction, applied their vision of simple, functional modernity while respecting the original design of the farmhouse.

“As a firm, we believe that what grounds us in Iowa is our pragmatic values—everything is boiled down to its essential parts,” Schroeder says. “Today’s architecture doesn’t look like yesterday’s architecture to us, so we sought simple solutions to bring them together in this home.”

Taking the house down to its original footprint constrained the living space. So Tim Schroeder, president of Neumann Monson architectural firm, proposed two glass dormers to expand the once-cramped attic bedrooms into a spacious master suite. “Initially, the dormer idea felt too modern, but Tim explained that they would actually disappear when you looked at the home—and he was exactly right,” says owner Bobby Jett. “From the outside, you can visually appreciate the footprint of the house, while inside the dormers open up the space.”

Exposing the original masonry walls led the team to discover severe issues in the home’s structure. Working with a specialized mason, the red brick was carefully restored, and two wooden beams were added to support the structure. “You can still see ax marks on the two original beams from when they were hand-hewn,” Jett says. 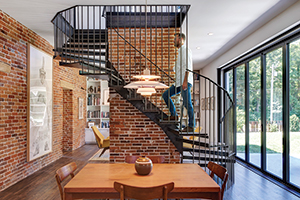 Perhaps the biggest challenge encountered during the project was how to get upstairs. The original staircase was steep and inconvenient, and a straight staircase took up too much space. After puzzling over the issue, Schroeder’s team landed on an unconventional solution: wrapping the staircase around the fireplace chimney. “The winding staircase was the best way to ascend from the first level without cutting off the circulation of the home,” says Schroeder, who worked with a contractor to design and weld the stairs on-site. 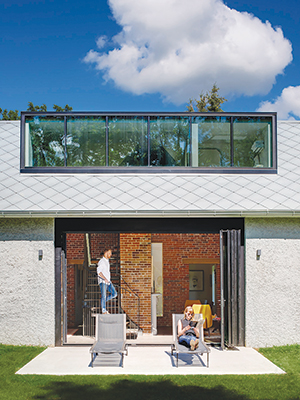 Original photos of the home from the Louises’ time show a unique, diamond-pattern asphalt roof.

“I showed that to Tim and asked if we could match the pattern on the new roof,” Jett says. The solution came in the form of a diamond-cut zinc roof. Often used on cathedrals in Europe, the zinc will develop a blue-gray patina over time while paying homage to the original farmhouse.

A large glass door was cut into the brick wall to open up the house to the yard. “It feels like living outside all of the time — it’s my favorite aspect of the house,” Jett says. 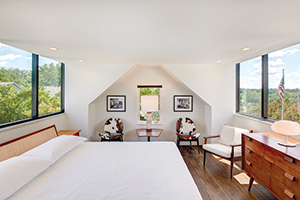 Jett selected furnishings to reflect the home’s simple yet historical vibe. He stumbled upon a rich selection of midcentury modern furniture in Winter Park, Florida. Much of it ended up in Stonewall Acre. For months during the renovation, Jett walked the house envisioning which pieces would go where. “I hand-picked every item in the house, and as soon as restoration was done, I had it completely furnished within a few hours,” he says. 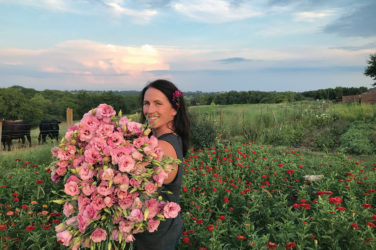 For a Winterset couple, flower gardening has grown into a meaningful, sustainable lifestyle that ... 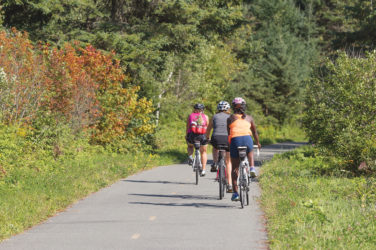 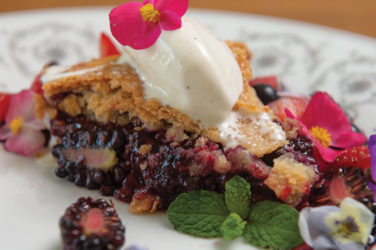 From Farm to Table–and Back