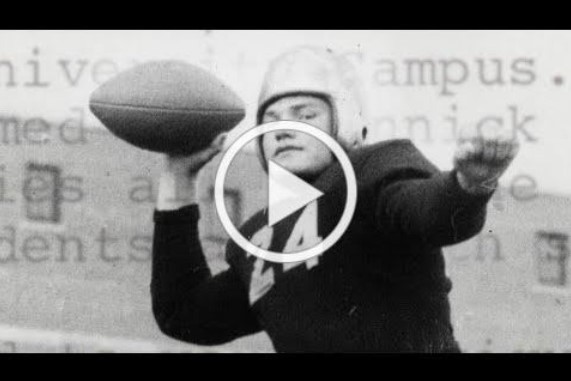 Click to watch how and why the new Nile Kinnick documentary was produced. Photo courtesy of Goldfinch Films.

By Michael MorainIowa Department of Cultural AffairsNo matter what happens during Saturday’s big game, the new film about Hawkeye football legend Nile Kinnick is a clear winner.Produced by Scott Siepker, “Kinnick: The Documentary” draws upon personal journals, family letters and a first-person account that might have been lost forever if not for a Greenlight Grant from the Iowa Department of Cultural Affairs. The 90-minute film is a compelling, Ken Burns-y portrait of a man who grew up in Adel, tore up the football field, studied law and hinted at political ambitions before his life was cut short, at 24, during a training flight in World War II. (Carroll journalist Doug Burns recently speculated about a Kennedy vs. Kinnick presidential campaign in 1960.)“Kinnick” premiered last month at the Palms Theatre in Waukee with impressive ticket sales, prompting Fridley Theatres to announce a 17-city blitz of across Iowa. You can also watch it right now on Vimeo. 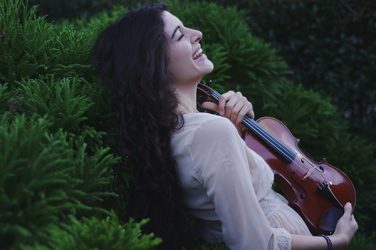 Violinist Layale Chaker will play with her quintet on April 29. Photo: Hancher Auditorium ... 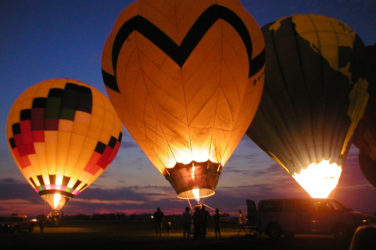 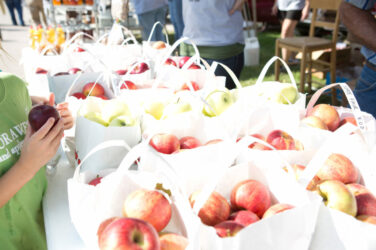 Pick up this year’s crop of apples at Woodbine’s Applefest this Saturday. The western ...